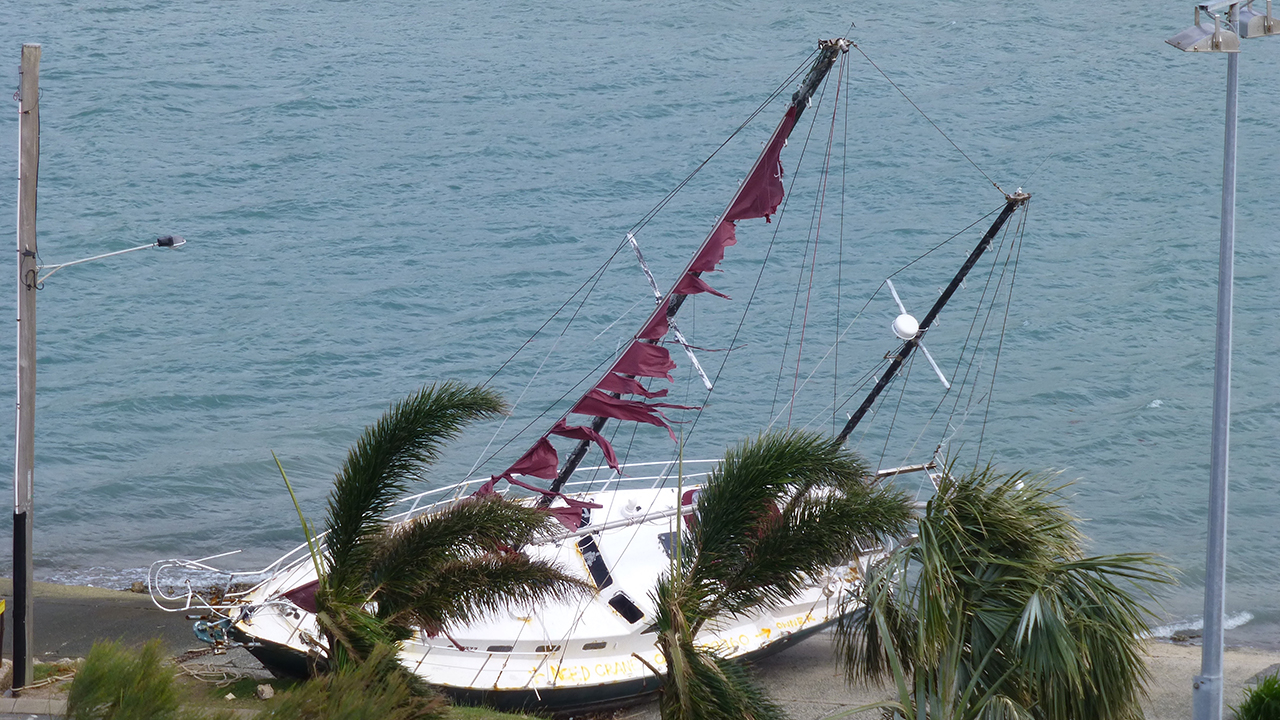 Two fairly significant things happened to me at the end of March.

On the 27th and 28th the slow moving and deeply destructive Category 4 Cyclone Debbie scored a direct hit on our home at Queensland’s Shute Harbour. On the 29th we crawled from our cyclone sanctuary to find the world around us battered and shattered. On March 30th – while I was trying to clear a path to the street, waist deep in green waste and covered in sweat and grime – twelve thousand miles away in Oxford UK, my new novel ‘No Killing Sky’ was being released.

At the time, I must admit, I didn’t give the book-launch a second thought. We were all too busy trying to adjust to the enormity of the aftermath of the storm.

We were safe and our place wasn’t too badly damaged but, all around us, neighbours had had their windows blown in and their roofs torn off. Ceilings had fallen in, fences,  powerlines, debris and uprooted trees littered the streets and the landscape.

Dozens of big boats had been tossed ashore or dragged metres up into mangroves and our local motel had been reduced to a pile of rubble. Given the scale of the destruction it is astonishing that nobody was badly injured.

Apart from extensive property and boat damage, the trees on every hillside for miles around, on every escarpment and in every valley, have been uprooted in their thousands. The ones still struggling to stand have ripped and smashed branches and all their leaves have been blown to kingdom come. It looks like the aftermath of a raging bushfire. Our once lush tropical rainforest now resembles a bleak winter landscape somewhere in Scotland’s far north… without the snow.

‘There is an interesting irony here, given one of the book’s major themes, but I don’t want to reveal too much. Still, I believe the subject matter has the potential to become one of the next great global controversies.

The book was originally planned for release in late April, but publisher New Internationalist brought the UK release date forward to March 30th – not to coincide with the cyclone, I hasten to add –  but in order to have it qualify for the UK’s premier thriller competition ‘The Steel Dagger’ award.  The long list of ten finalists will be announced at the Crimefest International Crime Fiction Convention on May 19th in Bristol.

I won’t be there but I’ll be keeping my fingers crossed.